Simplify and stimulate to include and involve

With InsolvenzFest, OCI (Business Crisis Observatory) organizes a review to explore the issue of debt and credit through a moment of confrontation between professionals that is however able to involve and stimulate all citizens. We have the task of supporting the organizers to communicate undoubtedly complex issues in a simple and captivating way, focusing on the organization, management, and promotion of a festival capable of reconciling a solid technical footprint with a strong component of topicality and participation.

Also in the 2020 edition, forcibly reduced due to the pandemic, the exhibition takes place in the presence of suggestive locations, carefully selected to protect the safety of people. Once preserved the relational nature of the meetings, the decision is to accelerate the digital turn of the event: InsolvenzFest becomes even more technological and pushes on on-line conferences. 3.000 spectators in streaming, in addition to the 500 on-site admissions for this hybrid edition. 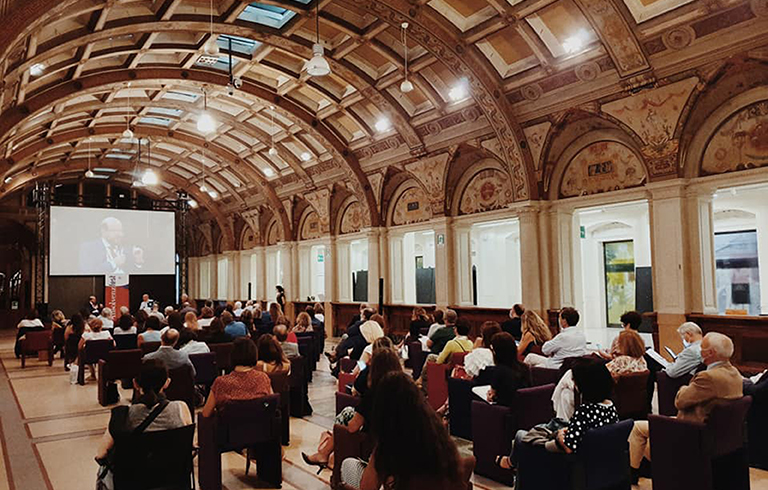 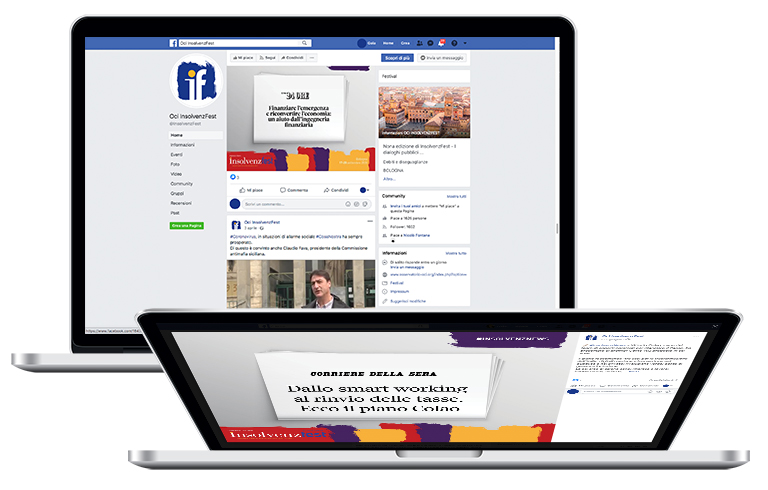 The live dialogue is accompanied by the timely posting activity on social media, to involve even people unable to follow the review, allowing them to stay updated in real-time on the topics and initiatives under analysis.

All the colors of communication

With the communication concept, renewed with each edition, we laid the foundations for a campaign that focused on the visual strength of color as an element of impact and attraction. With a coordinated image system declined on all promotional materials of the event, on and off-line, we have favored their recognition, while ensuring adequate diversification of messages based on the characteristics and needs of individual targets. 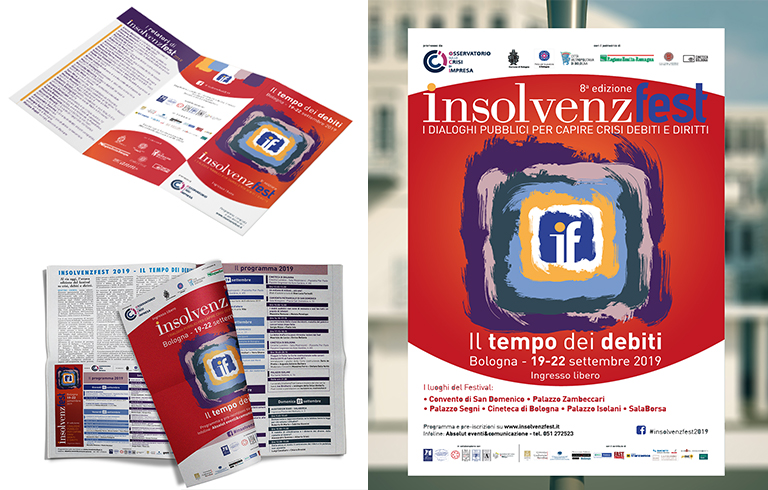 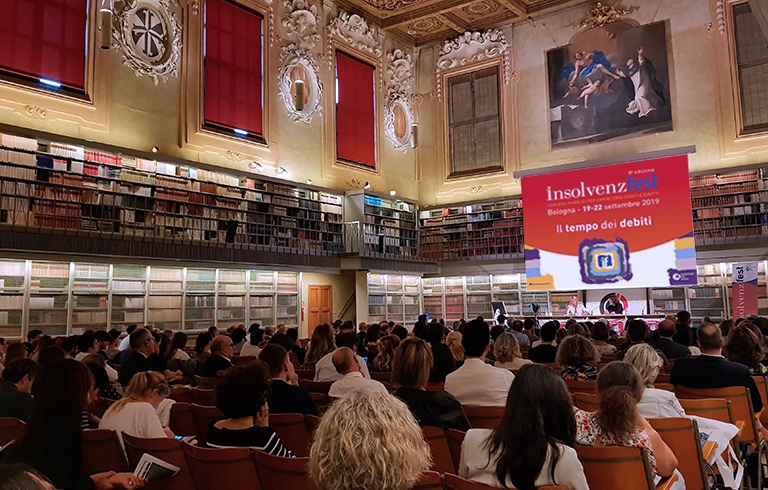 Media and tools that show themselves

Billboards on the ring road and in the center of Bologna, advertising in newspapers, radio and TV campaigns, posters, brochures and promotional postcards, advertising planning on Facebook, and social media management. The media mix of InsolvenzFest didn’t miss anything. And as the icing on the cake, timely action by the press office on a local and national scale, also on the occasion of the press conference organized at Palazzo d’Accursio in collaboration with the Municipality of Bologna, allowed the show to have maximum visibility and evidence.